What causes color blindness to occur?

There are various causes of color blindness. For most color blind people their disease is genetic, usually inherited from their mother. Although some people become color blind as a result of other diseases, such as diabetes and multiple sclerosis or it can be gained due to aging or from consuming drugs and medications.Color blindness can also occur if your eyes or the part of your brain that allows you to see color gets damaged. This can be caused by:

Your color vision may also get worse as you grow older, especially if you get a cataract — a cloudy area in your eye. 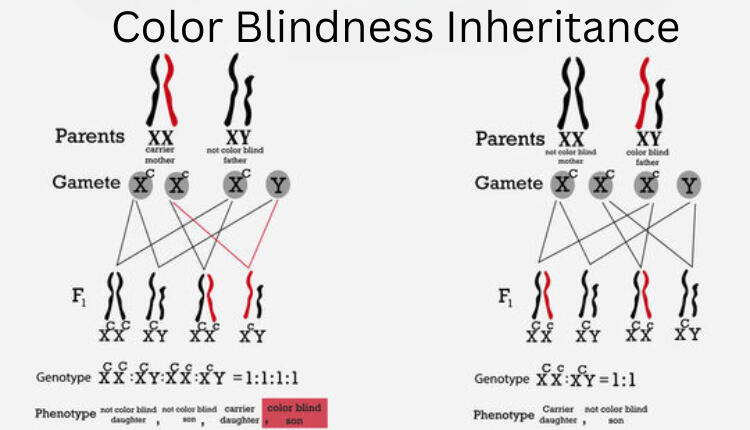 X-linked inheritance patterns vary depending on the type of inheritance. Recessive X linked conditions are always passed through the maternal line with the condition appearing in males and being carried in females, but not usually said.Dominant X-linked diseases can be carried by either affected parents to their children. If the father has the affected components of the gene he will just pass out the disease to his daughters and not his sons. Mothers can transfer X-linked dominant conditions to both their sons and daughters. Examples of X-linked conditions have Haemophilia and Duchenne muscular dystrophy.

How is a Punnett square for color blindness created?

Punnett squares are just a way of organizing all the genes and figuring out how probably a combination of genes is. For your current situation, if we assume that you are not a carrier of a colorblindness gene, then we would say you are XX. (This just means you have 2 “normal” X chromosomes, at least as far as colorblindness is discussed.)We would say your husband is XcY means that he has a component of the gene that causes colorblindness on his X chromosome and a Y chromosome. To make the Punnett square, we will put your husband’s two likely contributions, Xc and Y on the top and your two, X and X on the left side like this: 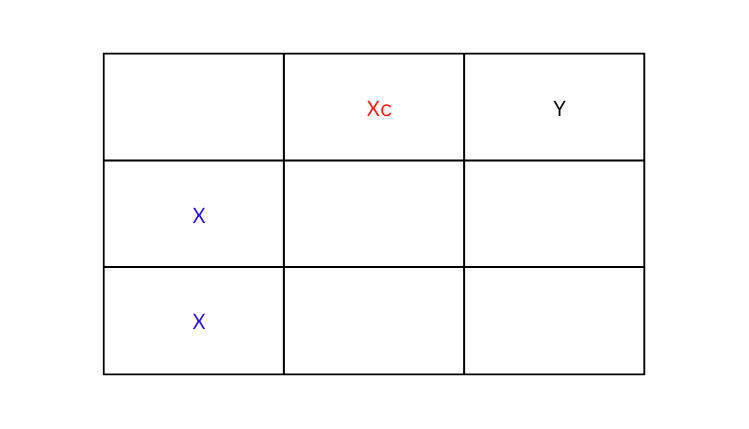 In each square, we just merge the genes that come together in that square. That'll give the following Punnett square: 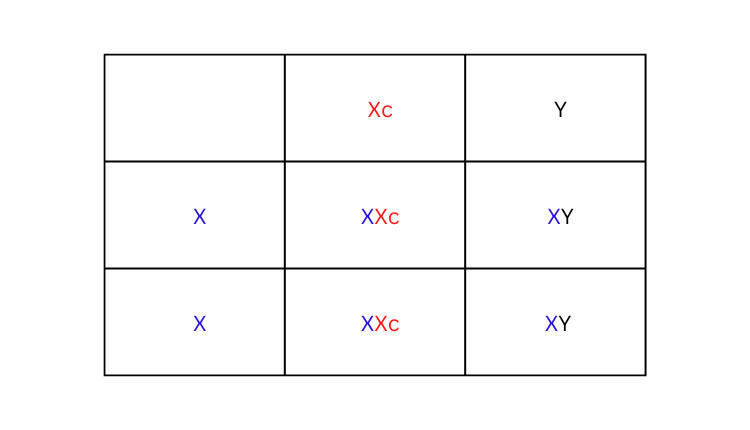 As you can see, all of your daughters, XXc, end up having the colorblindness gene. None of your sons have it because they can only get an X from you. However, since each daughter also has a good copy of the gene, they are not colorblind themselves but are carriers of color blindness.Now, what if your daughters had children with men, who weren’t colorblind? Then their Punnett square would look like this: 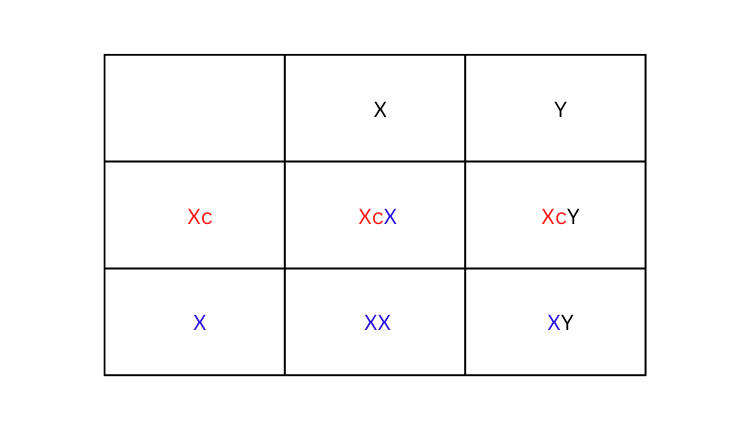 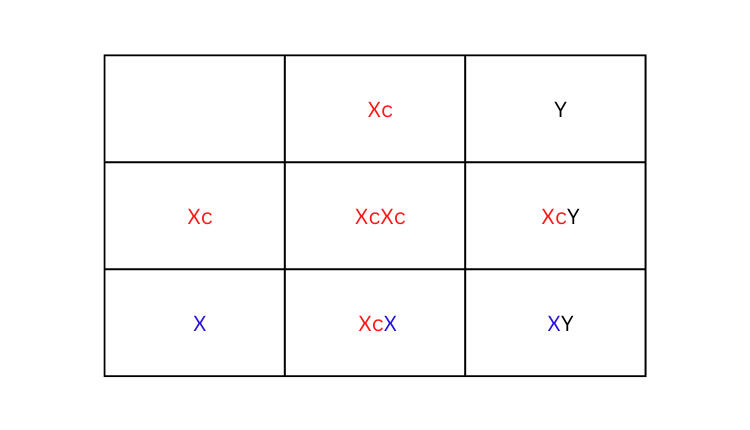